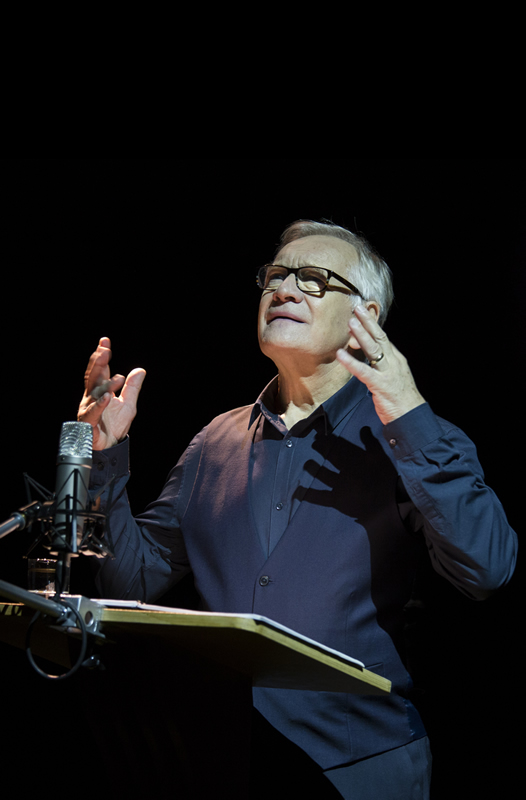 The main protagonist of this performance is a journal read by the outstanding Polish actor: Andrzej Seweryn. He gives his voice to Polina and that way she can tell us the story about her experience and about what has happened over the time of 10 years during the two Chechen Wars. This is also a story about how to remain a human in the most inhuman circumstances. There is no good or bad, no judgement. This is a witness’s report. And the witness tells us: war is a hell. No one is right in it, because those who did not start it – the innocent civilians – suffer the most. In Zherebtsova’s report we hear unspoken omitted testimonies of all the victims. It is an honest and courageous voice. Shocking.
Starting from the notes about a particular war the performance turns into an allegory of all wars, during which people kill each other and children grow up looking at the world full of pain and cruelty. It is an encouragement to listen carefully to the voice of witnesses – children who had to face violence and injustice. We should let ourself to learn from them and to take responsibility for their fate. It is a challenge to leave the comfort zone and stop pretending that it does not concern us. There are no others wars and others children, everything is common, ours. The child’s harm will hurt forever, regardless of where and when it was done. The borders of countries are not the borders of humanity.